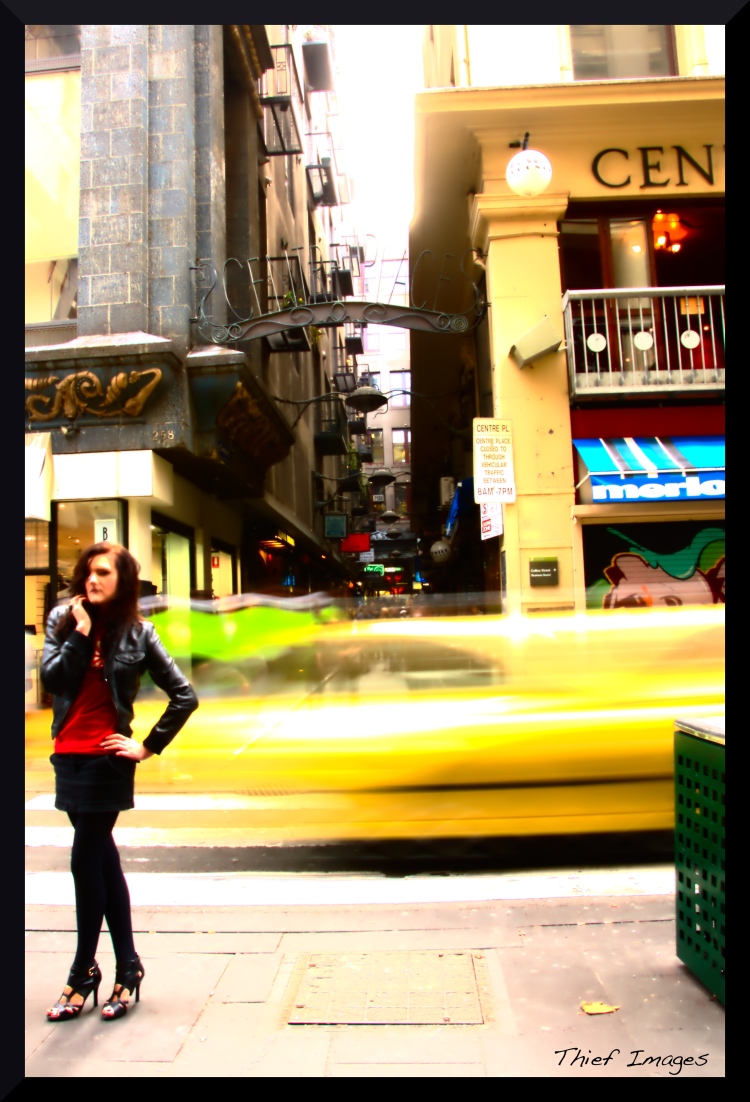 I couldn’t believe it, I wanted to capture just how busy melbourne streets are and amongst the hustle and bustle are these thriving Cafe’s shoved away in the alleys that I had been photographing. I set my tripod up, mounted the camera, found the settings that worked (I only use manual settings on my camera). I had probably taken half a dozen shots, watched a pro photographer give lessons on Aperture and Shutter Speed to a group that was out and about practising their newly learnt skills. Whilst I was standing there with my shutter depressed a model walked into my shot and started to pose for another photographer that appeared out of the blue.

Maybe the photographer doing the shoot thought I was just some hack that wouldn’t mind or say anything, to say the least I was stunned and she was right, I didn’t say anything due to my mouth being open wondering what the hell was going on. never mind even acknowledging my existence, be polite and ask.

I must have kept the shutter open for too long and I ended up with the above shot with many others which worked in my favour because when the photographer and model left, she decided to leave me with a snarl and a dirty look. By now I had shut my mouth and said thanks for the model and the shots that I got. She wasn’t impressed and told me to delete the images or she would sue, I wished her the best of luck because once I had taken those shots they were copyrighted to me (Australian Copyright Law). Just before she stormed off, she stated that I would be hearing from her lawyer.

To this day, I have no idea as to how she intended to sue me as I never told her who I was or gave her any details. Oh well, maybe she shouldn’t have been so rude to me and others because sometimes it backfires.